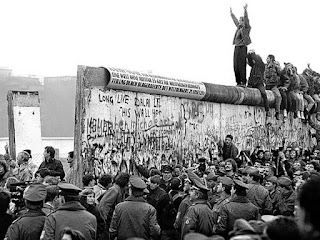 
Finding ways to divide human beings is not difficult, and putting up metaphorical walls is the standard methodology, when we do not resort to ethnic cleansing and genocide.

Physical walls are rarer, unless you count ghettos, of which the great wall along the West Bank of the River Jordan is probably just a lengthy psychological extension. The Great Wall of China was erected, like Hadrian's Wall before it, to keep out the supposedly barbarian, though maintaining it transformed the Chinese, like the Romans, into barbarians themselves, and thereby defeated the purpose. The Great Wall in the imagination of President Trump, envisaged as a way of keeping out Mexicans, is likely to prove just as ineffective, because even Donald Trump wants the pot-holes in his roads mended, and his swimming-pool cleaned, and his green-groceries delivered to his shopping mall, and who is going to do that for less than minimum wage if not the illegal Mexicans?


The purpose of the Berlin Wall, or the Berliner Mauer as it was known in West Germany, the Antifaschistischer Schutzwall as it was known in East Germany, was less obvious. Was it intended to keep the West Germans out, or to keep what was left of the East Germans in - 3.5 million of them had fled between 1946 and 1960? It achieved both, but also, of course, neither, for no West German with an iota of brain had any desire to go and be reduced to zero by the vile nastiness of the East German dictatorship, a revised form of Hitlerian Fascism really, though it flew a Communist flag of convenience in servitude to its masters in Moscow, and claimed that it was the Democratic West who were the inheritors of fascism.

It was today, in 1989, that Germans from both sides began demolishing it, an undertaking that was finally completed in 1992. The midnight before, as the BBC reported, the East German authorities recognised that time was up, and gave permission for the gates to be opened. The expectation was that vast crowds would pour through the gates, en route to freedom. What they did not anticipate was the numbers, on both sides, who simply grabbed whatever implement they could find, climbed onto the summit of the wall, and began to tear it down. A lesson for the rest of us! 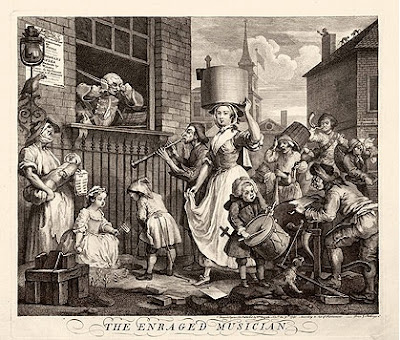 The explorer Henry Morton Stanley presumed that he had finally found the supposedly lost explorer David Livingstone, today in 1871; at Ujiji, a small village on the shore of Lake Tanganyika

Michinomiya Hirohito enthroned as the 124th Emperor of Japan, today in 1928. All the history books date his reign from December 25th 1926, which was the day his father died and he filled the vacancy on the "Chrysanthemum Throne"; the formal ceremony of enthronement was what took place today. At that ceremony he was given the title "Showa Tenno", which means "Enlightened Peace", a sobriquet that he would spend most of the next twenty years fulfilling, starting with the invasion of China in 1937, followed by the attack on Pearl Harbour in 1940.