The whaler "Essex of Nantucket" was sunk by a sperm whale, today in 1820; eight mariners survived, though none, as far as I am aware, was named Ishmael. One, however, the captain indeed, was named George Pollard Jr, and it was his tale that Herman Melville used as the basis for "Moby-Dick".

The Essex left Nantucket on August 12th, 1819, George having served for four years on the ship, as second and then first mate, before his recent promotion. The end came, today, deep in the nowheres of the Pacific Ocean, when a sperm whale reckoned at about 85 feet rammed the ship, not once but twice. The crew abandoned, setting off in the three lifeboats used for small-whale fishing, and landed at Henderson Island in the Pitcairns on December 20th, starving. Within a week they had eaten what there was to eat, left three men behind (later rescued by the Surry), and set off again, but only to die one by one in the open sea. The cabin boy Thomas Nickerson was rescued by a British ship, "Indian", and survived to become the source of Melville's "Billy Budd, Sailor". Pollard and the handful left with him were rescued in mid-ocean by another whaleboat, "Two Brothers", and taken to Valparaiso to recover.

After which Pollard was made captain of "Two Brothers", and sailed it straight into some outlying rocks off the Hawaian Frigate Shoals, ending his career, though not his life.

Melville knew his tales at first-hand, and later said of him: "To the islanders he was a nobody. To me, the most impressive man, tho' wholly unassuming, even humble – that I ever encountered." Which is not exactly how he then recreated him, as Captain Ahab in "Moby-Dick". 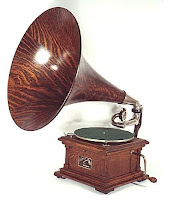 The first recording of human speech was not made today in 1877, but I am unable to find a definite date on which to post it: different websites, all asking to be taken scientifically and intellectually seriously, give different dates for the event, anywhere from August 15th here to December 6th here; and even the following year, 1878, without a specific day, here.

However it was today that Edison announced that he had invented the phonograph, quite by chance in fact, while trying to invent something completely different, which he never managed.

I designed a little machine using a cylinder provided with grooves around the surface. Over this was to be placed tinfoil, which easily received and recorded the movements of the diaphragm ... Kruesi (the machinist), when he had nearly finished it, asked what it was for.

I told him I was going to record talking, and then have the machine talk back. He thought it absurd. However, it was finished, the foil was put on; I then shouted [text removed for editorial purposes]... I adjusted the reproducer, and the machine reproduced it perfectly.

I was never so taken aback in my life. Everybody was astonished. I was always afraid of things that worked the first time.


The tale is disingenuous - but most things about Edison were. The recording actually starts with a 23-second cornet solo of an unidentified song - which means he either played it himself, or someone else was there who could - followed by the recital of... I'll come back to that in just a moment. First, the fact that it turns out not even to have been him, his voice, but that of a political writer by the name of Thomas Mason, who Edison had called in to get some publicity for his invention. At what point does "disingenuous" become "fiction", and "fiction" become "downright lies"?


There are, as very subtly insinuated above (that's an Edisonian way of saying it!), huge questions over Edison, who, as we have already seen (July 24), was something of a thief when it came to scientific patents.

But now for what may well be the saddest piece of information in this entire blog - maybe even in human history. Here you have one of the great inventions, the ability to record human speech, a parallel achievement to Daguerre and the pioneers of photography. Daguerre's first picture was of the moon (see January 2). But that intellectual genius Edison, what did he choose? The opening lines of the Book of John might have been a good option: "In the beginning was the Word, and the Word was with God, and the Word was God." Or some great piece of poetry, Hamlet perhaps, saying "What a piece of work is Man" (Act 2 Scene 2), or make a joke using Anthony's eulogy in Julius Caesar (Act 3, Scene 2): "Friends, fellow Americans, sharers of planet Earth, lend me your ears, for I have found the means to record the human voice, and you are the pioneers embarking with me on this new-found continent...". But no. All Edison could come up with was... "Mary Had A Little Lamb". Don't you just want to add a swear-word between Little and Lamb?


As to "what a piece of work is Man", you need to read the whole thing to realise how sarcastic Shakespeare is being (probably Hamlet too, but definitely Shakespeare):


What a piece of work is a man! how noble in reason!
how infinite in faculty! in form and moving how
express and admirable! in action how like an angel!
in apprehension how like a god! the beauty of the
world! the paragon of animals! And yet, to me,
what is this quintessence of dust? man delights not
me: no, nor woman neither, though by your smiling
you seem to say so.


Hyperbole, over-statement... is this then the source of that great American descriptor for those humans who really do not deserve even the sort of ironic praise that Anthony bestowed on Caesar: "a piece of work". I only wonder this because today is not only Edison's, but also the one in 1945 on which a somewhat greater calumny was finally addressed, the start of the Nuremburg trials. 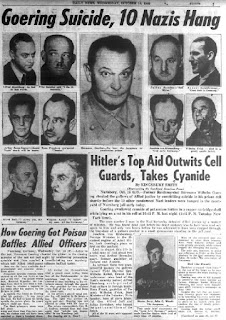