"As we honour the four hundredth anniversaries of the deaths of William Shakespeare and Miguel de Cervantes Saavedra, it may be worth noting that, while it’s generally accepted that the two giants died on the same date, 23 April 1616, it actually wasn’t the same day. By 1616 Spain had moved on to using the Gregorian calendar, while England still used the Julian, and was 11 days behind. (England clung to the old ­Julian dating system until 1752, and when the change finally came, there were riots and, it’s said, mobs in the streets shouting, 'Give us back our 11 days!') Both the coincidence of the dates and the difference in the calendars would, one suspects, have delighted the playful, erudite sensibilities of the two fathers of modern literature..." 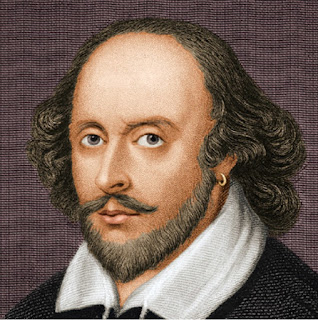 I could of course have presented the next piece of information in September - but on which day, when the time, that ceaseless lackey to eternity, is out of joint? And anyway, it's best if these two pieces go together:

If this were Judaism, where new custom and practice can be introduced but never actually decline into the vale of years, this would be the [whichever you please, but please choose from among the better days] of the 11 missing days that resulted from the introduction of the Gregorian calendar, which reduced September to a mere 19 that year – 1752 – and the whole year to just 354 days; poor souls who would never reach their birthday, whose past heroics would never be commemorated!

The reason for the 11-day leap, as Rushdie explained, was a switch from the Julian to the Gregorian calendar. As with the Euro and so much else, the entire continent of Europe had made the switch a century before, but Britain - so green of judgement - clung to the anachronism of its sovereign autonomy, until eventually it was obliged to give it up. I wonder if we will pull out of the Gregorian calendar as part of Brexit?

Not that Europe was exactly in a hurry to get the matter sorted (better three hours too soon, after all, than a minute too late). At the start of my novel "The Persian Fire", the main protagonist, the fictional Fra Dr Angelus, is excommunicated for refusing to withdraw his proposal for a reform of the calendar, an event which takes place at the Papal court at Avignon, during the Papal exile there in the first half of the 14th century. By the end of the novel he is being summoned back - the Papal conference that agreed the new Gregorian calendar met for the first time in 1347, and was only prevented from concluding its business by the arrival of the Black Death in Europe the following year. It finally reached confirmation, and thence its name, when Pope Gregory XIII gave it formal approval - in October 1582.

It was introduced first into Holland & Flanders on January 12th of the following year, but to make it work that day was declared to be the first and not the twelfth of January 1583. Not all of the Netherlands, however, complied. In Frisia and in Groningen they waited another hundred and twenty-eight years, synchronising their almanacs on the 12th, or as it now was, the 1st of January, 1701, the same day as all the rest of Europe, except, of course, the English, who, it was rumoured, might hold a referendum on the matter at some later date, if certain conditions had been met and electoral auguries seemed propitious.

However procrastinatious the English, they still beat the Japanese, who took till 1893. Finland and the USSR completely failed to heed the adage that we should never defer time because delays have dangerous ends; they held out till 1918.

There was even a February 30th once, in Sweden, in 1712, as part of a failed ploy (o call back yesterday, bid time return) to restore the Old Calendar and jettison the new Gregorian.

None of this could have been achieved without the extraordinary work of one of the world's greatest mathematicians, the Persian Omar Khayyam; more on him at my page for March 6.


For those of you who like these sorts of games, I have hidden a number of quotes from Shakespeare in the text above (two of them are wrapped inside each other, just to make it still more fun), a small homage (though he might prefer the spelling hommage) on his anniversary, and conclude by wishing him, and you, in his name, that "Time be thine, and thy best graces spend it at thy will."

Bernadette Devlin McAliskey, the youngest woman ever to be elected to the British Parliament, born today in 1947

and though it won't get written up here, because I don't like doing death-days for those whose lives were truly creative (his birthday was April 7), and in this case because I have written my homage to him already, in "Private Collection" (click here), a note at least, that William Wordsworth, English poet, passed into immortality today in 1850.