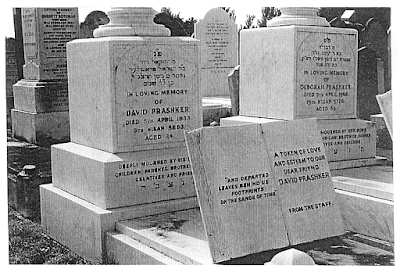 The personal history requires this first: the tragically youthful death of the man for whom I am first-named, Grandpa Dov, or Dovid, or David on his English gravestone, today in 1933.

Sometimes historical dates are small and narrow, at others universal:


2348 BCE: Noah's Ark grounded... or "mountained", to be geographically precise. And speaking of precision, this is self-evidently another of those "how do they know?" moments, and one for which 2348 BCE will ultimately shown to be out by - about 12 billion years, at current scientific estimation. There never was a physical Ark; like Phaeton's and Helios' Chariot, Noah's tale is a mythological (primordial-scientific) account of the journey of the sun across the elemental waters of the sky, a Babylonian Creation myth, with the breaking of the waters as a distinctly female fertility metaphor - so shouldn't this be on April 1st anyway, the first day of the newly created year?
Probably it was - but moved four days, with the inception of the Gregorian calendar.


347 BCE: Aristocles of Athens, who you will know better by his other name, Plato - "flat-head" - born on May 21 427 BCE, died today, probably of sitting still too long and not getting enough exercise - the key difference between the two schools of education, and the reason why certain types of teacher needed the invention of ADHD, because the Platonic and the Aristotelian are incapable of co-existing in the same classroom - as Aristotle himself discovered, and left Plato's school to found his own, where he taught, among other ADHD students, Alexander of Macedon...


Thomas Hobbes, the Leviathan of English philosophers, born today in 1588. Leviathan is the abbreviated title; in full it was "Leviathan, or The Matter, Forme and Power of a Common-Wealth Ecclesiasticall and Civil", and it should be required reading for anyone entering any form of Parliament or Council in a country that wishes to be regarded as properly democratic. Its author "rigorously argues that civil peace and social unity are best achieved by the establishment of a commonwealth through social contract", and that is neither Marx nor Engels summarising him, but Sparknotes. 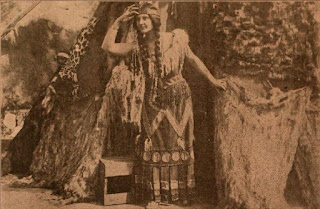 Pocahontas (a.k.a. Matoaka, a.k.a. Rebecca) married John Rolfe,
in Virginia, today in 1614


The first use of postage stamps, in Paris, today in 1653... was this the first anywhere? If not, not interesting enough to write about. If not, where was the first, and when?


A proposal to create a Central Park in New York was proposed, today in 1851 (why am I writing about a proposal, and not its formal opening, once approved and established?)


Anne Sullivan taught Helen Keller the meaning of the word "water", today in 1887, spelling it out in their literally manual alphabet (as with the postage stamp; was that her very first word? if not...) A full account of these two extraordianry women can be found in my novel "A Journey In Time".


Oscar Wilde was arrested, and charged in connection with his intimate
relationship with Lord Alfred Douglas, today in 1895 (but this too is surely the wrong date: the arrest isn't the significant part; it's the sentencing... the poem that he wrote in Reading Gaol... his incarnation as Nathaniel in "Les Nourritures Terrestres", the key influence on Gide in Paris later...)


Julius and Ethel Rosenberg were sentenced to death for stealing atomic secrets, today in 1951 (which is mostly interesting because almost all the Los Alamos scientists were Germans and Russians bought in, or defected in, or brought in, so the Yanks could get there first...)