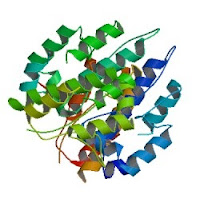 Historically this has been an extraordinary ten days in the annals of Jewish history. On the 9th the Great Sanhedrin of Napoleonic France opened its first session (1807). On the 10th the British blockade of Palestine was broken as a ship carrying illegal immigrants out of Nazi Germany was beached to the north of Haifa (1934). On the 11th we defended the city of Wurms, greatest of all cities of Ashkenaz, whose community had been decimated in the First Crusade of 1096, and which had provided homes for all the greatest Rabbonim: Rashi, Eleazar ben Yehudah, Meir of Rothenburg. But the pogrom of 1201 was not the worst. Nor was the pogrom at the time of the plague in 1349. The community was destroyed by deportation only in the 1940s.

The week, however, did grow worse. On the 12th the Dominican Friars set their first auto-da-fé in Toledo (1486). On the 13th the Jews of Speyer were massacred (1195) and the Shum, the synod-cities of Speyer, Mainz and Wurms, rose out of the ashes, the Knesset of the mediaeval world. So it was fitting that, on the 14th, the modern Knesset, the Parliament in Israel, should open its first session (1949). Then things got even better. On the 15th the Jews of Rome removed their yellow badges at last (1798), as encouraged to do by the new Edicts of Tolerance. On the 16th the new Madrid Synagogue was dedicated (1917), the first new synagogue in Spain since the expulsion of 1492. On the 17th Chaim Weizmann was elected as the first President of the State of Israel (1949). On the 18th the Israeli Embassy in Cairo was opened (1980). And today – but who can foretell what may come to pass today? There are rumours though (there are always rumours). They say a Casa dei Catecumeni, a House of Converts, will open this afternoon for the Jews of Rome (1543). May the Lord pardon their iniquities and forgive their sins.


This page comes with no year-date, because these events are timeless. The illustration at the top of the page shows the Crystal Structure of the gene of that name, in what I am told is called its “PAB Domain Native Form”. I am not trained in science and do not know what this means, but you can read all about it by clicking here and making your own translation into layman’s English from the 21st century Babelsprach in which it is written.

And why this illustration? Because I wanted something that conveyed the "timelessness". And because today, in 1473, the very first of the modern scientists was born, the man whose demonstration that the Earth goes round the Sun, rather than the other way around, would no doubt have led him directly to that ultimate mediaeval Nobel Prize, the stake - only he went and died of the consequences of a stroke before he could be accused of heresy. They banned his great book anyway, shortly after he was buried, on May 24, 1543. NIcholas Copernicus the author. "De revolutionibus orbium coelestium" the book.

David Garrick, actor, the man who recovered Shakespeare from oblivion, born today in 1717


And the first Bollingen Prize, awarded of all people to Ezra Pound, of all years in 1949! (click here to understand my amazement)