Two consecutive days on the same subject - a contradiction, perhaps, or simply a different way for this blog-book to challenge our misguided belief in linear time. The entry for March 29 notes the birthday in 1561 of Santorio Sanctorius, and the inception of the European Enlightenment; it also notes that much of what was "discovered" at that time was in fact already known, by Muslim-Arab scholars, and had been for a half a millennium.

March 30th was the birthday, in 1135, of Moshe ben Maimon, remembered (when he is remembered, outside the Jewish world) in the west as Maimonides; and what Maimonides "knew" in terms of medicine far exceeded anything the Enlightenment discoverers would discover, in terms of psychology far more than Freud or Jung or the Behaviouralists have yet "discovered", and in the field of ethics would have been a patron of Amnesty International and Human Rights Watch had he lived today, though probably a critical patron, regarding them as worthy but ineffective. So much for linear time. 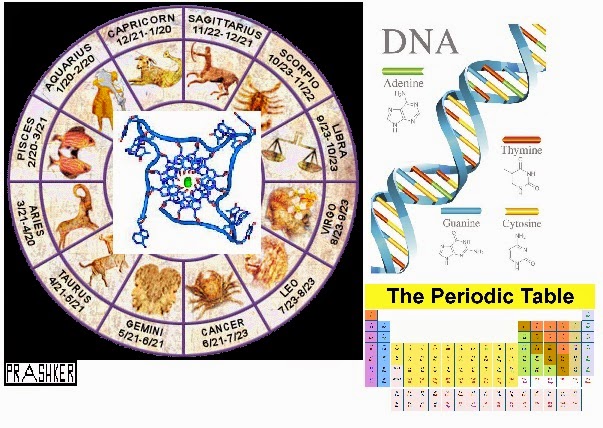 Contemporary Enlightenment is much focused on DNA, though it tends to fall back out of science, and into superstition, with the general belief in "genetic determinism"; a desire to find genetic evidence for every human vice and virtue, every human trait, is really little different from the astrology of the past, with the DNA helix providing a sort of anatomical horoscope, a periodic table of the humours in which adenine, guanine, cytosine and thymine have replaced phlegm, bile, sanguine and choler as the primum mobile of human behaviour, and mitochondria is the far point of the horizon, the flat end of the helix, beyond the edge of which all scientific explanation falls into oblivion with a loud whimper rather than a big bang.

Maimonides provides the perfect riposte to this, in the final section of his "Shemoneh Perakim" or "Eight Chapters":

"It is impossible for Man to be born endowed by nature from his very beginning with either vice or virtue, just as it is impossible that he should be born endowed by Nature with a particular skill. Yet it is possible for him to be born inclined in his nature toward a vice or virtue, so that one sort of activity may be closer to him than any other."


"... so that you do not give credence to the absurdities of the mendacious astrologers, who falsely assert that the circumstances of one's birth determine whether one will be a person of moral distinction or one lacking in it, and that the individual is compelled, by necessity, to do the deeds that he does. On the contrary, I know that what is agreed upon in our Torah and in the Greek philosophers, and demonstrated by truthful arguments, is that a man's actions are in his own hands, and that there is nothing that can constrain him that is external to himself."

Amen to that (and see my piece on Eichmann and Hannah Arendt on January 11).

There is nothing, except perhaps the peer pressure to conform, even to surrender, in Maimonides' world to the strictures of Torah, in ours to the mythical belief in the existence of a "mind" (cut open the human body and see if you can find one; you can't; neither the psyche nor the soul; it is a matter of pure faith, just like God); and in both cases to the superstition of pre-determination, whether by the stars or by the DNA. Yet what a superb defense Maimonides offers, and if not of human liberty or freedom, then at least of human autonomy. And how extraordinary, to hear this perfect peroration of the nature-nurture debate, in Moorish Spain and Fatamid Egypt, before the first glimmer of the Renaissance had even begun to dawn in Europe!

The evidence of human history suggests that we will never rid ourselves of such determinisms, because in the struggle to make sense of life and death, empirical truth will always yield to psychological necessity, because we prefer to have "faith" in the false answers than to be left floundering without any satisfactory answer at all. It is Man's best chance, then, to recruit inevitability as an alibi, a mitigating circumstance, whether in a court of law or the confession-booth. By this means we are able to absolve ourselves of all responsibility, and in so doing pre-empt fate. How convenient!

"If Man's actions are compelled," Maimonides continues, "then the commands and the prohibitions of the law would be annulled, and it would all be a big lie, since Man would have no freedom of choice in what he did... Suppose that, under such circumstances, Simeon murdered Reuben. Why should Simeon be punished, seeing that he was constrained to do the killing, and Reuben was destined to be slain? How could God, who is just and righteous, punish Simeon for a deed which it was impossible for him not to commit, and which, though he tried with all his might, he would be unable to avoid?"

We need only substitute DNA for GOD in the above paragraph; although, for 80% of humanity today, we do not need to substitute, but simply place both side-by-side.

Ultimately the point, Maimonides' point, is not whether determinism is true or not, for maybe, after all, the stars, the gods and DNA are all the actual agents of our deeds and personalities. The point is whether it is morally helpful for us to accept determinism, rather than insisting on its falsehood for the betterment of Man - while recognising that this is also the argument that the Grand Inquisitor placed in front of Dostoievski's Ivan Karamazov. Dostoievski's statement that "God is dead, everything is permitted" applies equally to determinism, because both cases remove moral authority and responsibility from the human world. In order to achieve a moral universe, it may actually be necessary to resist determinism, to rebel against destiny itself - as Albert Camus described and demonstrated in "The Rebel" ("L'Homme Revolté"). A determinist universe is by definition an amoral universe. How come Maimonides knew that eight hundred years ago, and we are still trying to work it for ourselves even now? 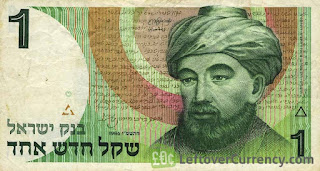 Maimonides, alongside Rashi, is regarded as the Chief Rabbi of the Jewish Middle Ages, the former for the Sephardic world, the latter for the Ashkenazi; and yet, because forensic-based argument and scholarship-based disagreement are the fundamental dynamic of Judaism, their views are never catechism, but merely one of many. So, at the opposite end of the same spectrum, we can read the words of another highly distinguished mediaeval Rabbi, words that, at first reading, might be mistaken for those of a Christian, not a Jewish theologian:

"The sinners who sin with their bodies... descend after death into Gehenna and are judged there for twelve months. After twelve months their bodies are destroyed, their souls are consumed in the fire, and the wind scatters their dust beneath the feet of the righteous."

As though the human genome had fallen into a cosmic black hole. Or gone to join Virgil and Dante in the Inferno.

The author is Mordechai ben Hillel ha-Kohen (1240-1298), pupil of Meir ben Baruch of Rothenberg and leading figure of the Ashkenazi community of Nuremburg in the 13th century; his "Sepher Mordechai" comprises the largest of all the compendia of Talmudic problems and responsa; he also wrote a number of rhymed verses on the dietary laws and the rules of vocalisation, rhymed not for poetic but for mnemonic effect. Mordechai died with his family in the Rindfleisch massacres, or Rintfleisch properly, but modern German prefers the "d". 1298 the year, April 20th the date of the first attack, two Sundays after Easter; and yes, the blood libel was pronounced. One hundred and forty-six towns in Bavaria and Austria were pogromised over the next several months, a Gehenna on earth without needing to descend into the kingdom of She'ol.

Mordechai's description transforms the moral impulse into terror, and Man into little more than Pavlov's Dog, regarded (perhaps correctly) as incapable of good for good's sake - and therefore, logically, the same for bad as well. We act for good, Mordechai tells us, not by fate and destiny of stars of genes, and not by conscious choice either, but by reflex, because we are frightened into acting for good by the threat of what will happen if we do not do so, and because we are attracted by the prospect of reward if indeed we do do so. Mordechai does not cite the third paragraph of the Shema, nor the fifth commandment, but either would provide the substantiating evidence of his prognosis. Nor does he quote Freud on the Id, the Ego and the Super-Ego, though this is clearly the same line of thought, and appears even to indicate that Super-Id which Freud never got around to discovering; because that reflex, which is the survival instinct elevated to a moral plain, is pure Super-Id.

For me - rejecting him because I don't want him to be correct rather than through any forensic or scholarly disproofs of his historical evidence - Mordechai's stance makes of morality an exercise in concentrated insincerity, and derogates the autonomy and dignity of Man that I am determined to believe in, even if it isn't true. It is also self-destructive. For it to work, Man must believe in the existence of both Heaven and Gehenna; and so it becomes necessary to invent earthly paradigms, to underscore the human instinct towards fear and hope. Christianity from Paul to Augustine encouraged special Hells for Jews, "to show the godly the fate that lies in store for the ungodly", and committed Lucifer to the infernal regions, giving him more circles to his kingdom than God had mansions to adorn his: 9 to 7, on a tie-break. So Stalin elaborated the atheistic wasteland of Siberia. So, for Jews, Sho'ah has acquired symbolic value and become the name in wax over the chamber of horrors at Madame Tussauds. The obverse however does not apply, because it is impossible to enunciate model microcosms of the Heaven upon Earth without infringing the very "good" they seek to privilege. So punishment trumps reward. So men continue to act for the wrong reasons. So fear predominates. Morality is not morality, but a mere punishment-aversion to immorality.

I cannot accept "genetic determinism" any more than I can Gehenna. I am siding with Maimonides. I do hope he may one day be proved right.