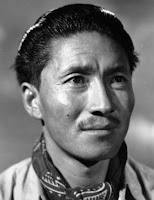 
One more name for my list of Sherpa Tenzings – those men and women who should have been credited with the great achievement, but for some reason were not. Judas Iscariot tops the list of course - where on Earth would Jesus be today, if it weren't for that necessary betrayal? - with Rosalind Franklin not far behind, she who developed X-ray crystallography as a primary technique for the structural analysis of biological molecules, and applied Erwin Chargaff's discovery of molar base ratios, that A equals T and G equals C, the work without which Crick and Watson would never have unlocked the key to DNA. I would add Mike Brearley for the glorious Ian Botham summer of 1981, but recognise that most of my readers will need to Google that. You might like to look up Eddie Lowery's significance to Francis Ouimet while you're on the net; a story to make even the most macho male weep (I'll save you the trouble of searching; see May 7, or click here). 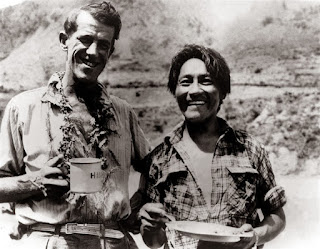 Sherpa Tenzing is the model in my mind however; he who led Sir Edmund Hillary to the summit of Mount Everest (they reached it on May 29th 1953), without whom Hillary would never have found the way, though of course it is Hillary who gets the credit in the history books for being "first" (Tenzing Norgay was his full name; he died of a cerebral haemorrhage in Darjeeling in 1986, at the age of 71).

So, in much the same way, history records, and pub quizzes regularly ask the question, the invention of the light bulb by – why, Thomas Edison of course. Not truly so. On July 24th 1874, Henry Woodward of Toronto, Canada, with his partner Mathew Evans, patented an incandescent light bulb, a glass tube with a carbon filament; the tube was purged with inert nitrogen so the filament would burn longer. The patent number was 181613. It was then purchased by Thomas Edison, whose experiments with platinum and other metal filaments had failed. It would take until October 1879 for Edison to complete a successful test on Woodward's bulb, and only then did he take out his own patent, in January 1880 – US patent 223898.

In fact, there wasn't only Woodward. In 1883 Edison's patent was declared invalid, because it was shown to have been based on the work of William Sawyer; it took him six years to get the patent reinstated, on the grounds that he had improved the Sawyer model, and not merely plagiarised it; though he had clearly plagiarised it, and the argument implied acknowledgement of that.

Edison didn't bother to wage the same battle with Joseph Swan however. The British inventor had been awarded his patent a year before Edison, so the world knew the detail without needing a court case to prove it. Simply, when he wanted to sell his own bulb in Britain, Edison entered into a business partnership with Swan, though it was Swan's cellulose filament, not Edison's bamboo one, that featured. 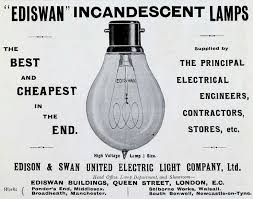 And on the subject of light bulbs; they require electricity, a term created by Thomas Browne, according to the history books. Not truly so. The Elizabethan scientist William Gilbert had become a standing joke among his peers because he spent much of his spare time rubbing pieces of cloth together, trying to understand what caused them to generate audible but invisible sparks, and attempting to prove that compasses did not point north because of the pole star, nor because there was a magnetic island on the north pole as many of his contemporaries believed, but for a much simpler reason, though one that could never be proven: that there was nothing but iron - nothing, not even Hell - at the centre of the Earth.

Gilbert could not share his enthusiasm for this research particularly widely (heretics were burned at the stake in Protestant England at this time, just as they were throughout Catholic Europe, and virtually all scientific discovery, save alchemy and astology, was regarded as heretical), but he did share it with the Danish astronomer Tycho Brahe, as he would later on with the Italian Galileo Galilei and the German Johannes Kepler, before he finally published his "De Magnete, Magneticisque Corporibus, et de Magno Magnete Tellure - On the Magnet and Magnetic Bodies, and on the Great Magnet the Earth" - in 1600, the same year that Giordano Bruno was burned at the stake as a heretic by the Inquisition in Rome, for undertaking very similar studies. It was Gilbert who coined the word "electricus", which Thomas Browne would later change to "electricity" in order to claim that he was its discoverer; which in one sense may actually be true, because Gilbert didn't fully understand his own concept, believing it to be some kind of fluid created by friction under the influence of heat, and was completely wrong in regarding electricity and magnetism as being different. 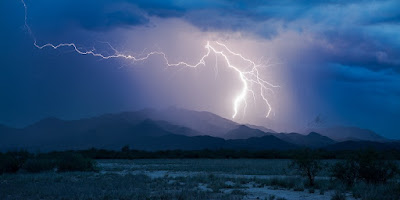 I presume that Edmund Hillarys' tent at Everest Base Camp was lit up with light bulbs, and that Tenzing used a magnetic compass to guide him to the summit of Mount Everest. What goes around, comes around.

I have no idea if Tenzing ever had a page on Facebook, but I do have a question for my reader: who was it that actually developed the software that Mark Zuckerberg used to create Facebook?

The passage about Gilbert, above, is taken from my novel "The Plausible Tragedy of Roderigo Lopes", due for publication by The Argaman Press some time soon.