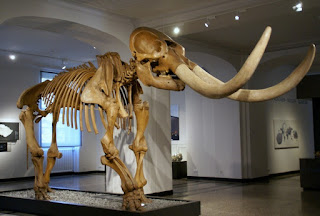 A day that could very easily be left blank, given the births and deaths and incidents that have turned up in the many almanacs that I have scoured. Personal history requires... something personal, and preferably something positive; some connection, some interest.


So there is: Matthew Arnold, English poet and essayist, born today in 1822. Had it been his father, Thomas Arnold (born June 13 1795, died June 12 1842), I would be writing reams, about "Tom Brown's Schooldays"; about the connection between Arnold's Rugby and Clifton, where I spent fifteen years (Clifton's founder, John Percival, was an Arnold acolyte at Rugby); about Arnold House school in London, named for the Rugby Headmaster and source of many Jewish pupils during my Clifton years; about the ways in which human activity evolves, in this case soccer becoming rugby, which would later become american... but this is Matthew, the son. I could write about History as a major theme in Matthew Arnold's work, but the truth is, he got that from his father, who is remembered as a moralist but was more importantly a major contributor to the development of history as an essential subject in the school curriculum, and as a historian himself introduced both Niebuhr and Vico to his Oxford "Noetics" colleagues... maybe I should move this paragraph to June 13, and explore what is a key source of this Book of Days there...


And then there is the skeleton of a mastodon, discovered by Charles Willson Peale, unveiled today in 1801. But it was the discovery, not the unveiling, that was significant, and I cannot find that date anywhere; and anyway, it was by no means the first to be discovered...


My biggest problem, however, lies here. The almanacs all read identically: "December 24 1865: KKK formed (Pulaski, Tennessee)". Not even necessary to expand those initials in a parenthesis, because we all know what they stand for, and it isn't Kare, Koncern and Kompassion. Why am I even soiling these pages by naming the organisation? Why am I even thinking of writing about it? Why am I not just scrawling the letters through and writing words like "scum" and "human vermin" all over a photograph of their leadership, and then a gob of spit (is there a software program that does digital spit?). And what kind of a country is it that hasn't outlawed it years, decades, a century and a half ago?
But alas, like the Nazis, and then their reincarnators the neo-Nazis, the KKK cannot just be overlooked, ignored, left unmentioned. There has to be something, even if it is only this refutation of them (it occurs to me that I learned that lesson through the historical work of men like Thomas and Matthew Arnold).


And talking of people who like to burn things in the human realm, today in 1948, the first solar heating system was set up, by Dr. Mária Telkes, in Dover, Massachussetts. Burning for good, not for evil. Funny that it should have been a woman (have I noted previously that in both Hebrew and Arabic the words for Care, Concern and Compassion are all connected to the word for "womb" - racham, rachum - a most definitely female word?). Funny that I did manage to find something Positive, even out of all this Zero!


The illustration above shows Peale's mastodon, now museumed in Durmstadt, Germany. Note that the tusks form the letter K to absolute perfection. Note that there are only two, not three of them, which confirms that they can't count any better than they can spell. Note that the mastodon comes from a period of history, around 130,000 years ago, that coincides almost exactly with the first emergence of pre-historic human beings in their pre-intelligent state - so about the same stage of evolution as the KKK.