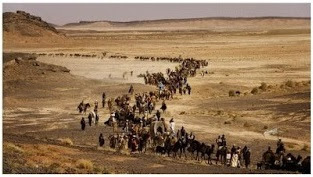 Another of those "how in the name of al-Lah do they know?" days, but the almanacs insist that it was today that Mohammed (Mahmoud, Muhammed...) arrived in what was not yet named Medina, in flight - hejira or hegira or hijrah or hijra as you prefer - from Mecca, or Makkah or... Yatrib (Yathrib) its name for a thousand years until that moment, and now, in full, Madinat Rasul Allah salla Allahu alayhi wa sallam, "the city of the Prophet - may the peace of al-Lah be upon him", though it is usually shortened to "al-Madina" for obvious reasons, and then mis-spelled in the West as plain Medina, for equally obvious reasons.

The year was 622 CE, and it is from this day and date that the Moslem calendar commences. Why al-Madina? Because it was essentially a Jewish city, and his religious beliefs, acquired from the Jews and in strict conflict with the predominant Arab polytheism, were unistic and eschatalogical. And because the Jews invited him, and prepared his refuge, certain he would eventually need it. And because there were no other cities in the Hejaz that he could flee to.

In fact, hardly surprisingly, not all the almanacs agree. Others place the first day on September 9th, and have today as the first time he conducted Friday prayers in Medina. 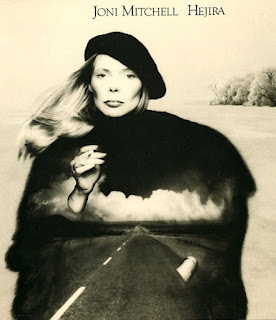 A third set regard the 1st Muharram as the first day, which would have been the 16th July; but the Hejira happened on the 8th Rabi'l. Important? Over such nuances did Fra Angelus invite excommunication. Believe me, to the religious, it matters.

Hejira for me, as a non-Muslim, is just as much Joni Mitchell as it is the Prophet Muhammad (note yet another variation in the spellings: the problem of phoneticising foreign languages that contain their own regional and temporal variations). Alas I can't find anything truly significant that happened to Joni on September 24th, but I couldn't resist the mention anyway. You can find the album here. It includes her song about the aviatress Amelia Earhart, about whom you can read much more in my novel "A Journey In Time".


And today in 1989, Pope John Paul II declared that Galileo was right after all (even though, actually, he wasn't - see September 18). I wonder if he only did that after being shown those instruments of intellectual torture: evidence, and reason?